How to reach us

By Train
The company  is just over 1 km from Forlì Station, on Bologna-Ancona railway line. Let us know the time of your arrival so we can come and pick you up at the station.

By Car
From the A14 Bologna-Taranto highway exit FORLI ‘turn round left.  At the next roundabout turn right and take the ring road.

Take the exit for Faenza, turn to the first exit and turn left at the roundabout. Continue on Via Bertini and take the first to the left, which is Via Copernico. Reach civic 108, located at the bottom to the right side. 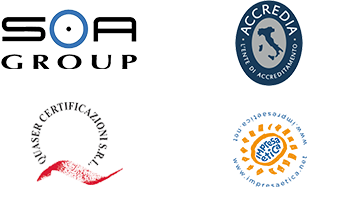